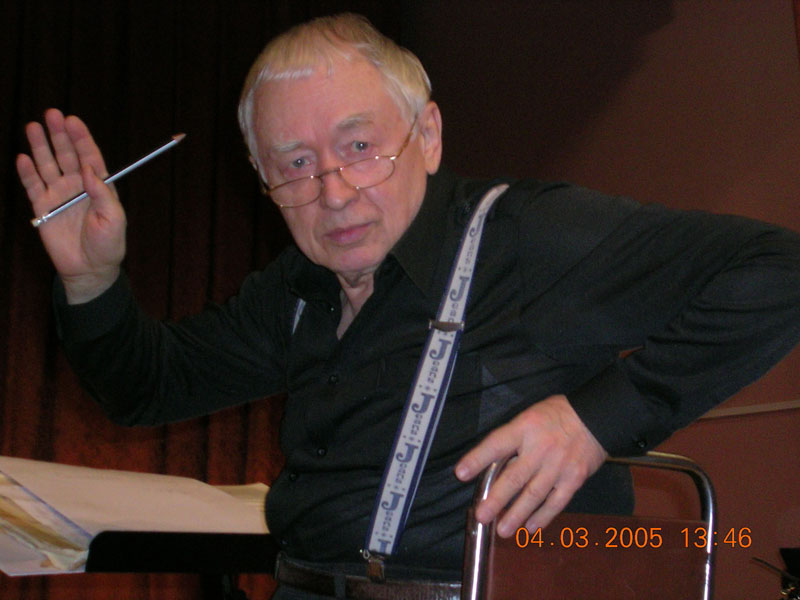 The name of composer, conductor, pedagogue, People’s Artist of USSR, and Professor Murad Kazhlaev is widely known to fans and admirers of music. The representative of one of the peoples of the Caucasus — Murad Kazhlaev was among the founders of the professional music of Dagestan. His creative work is inextricably linked with the life and music of his beautiful homeland, a country with an interesting history and a rich distinctive folklore.
Murad Kazhlaev was born in 1931 in Baku in the physician family. Musical ability appeared to him early. Composition education he received at the Azerbaijan State Conservatory in the class of Professor BI Zeydman. In 1954, still a student at the conservatory, Kazhlaev was accepted as a member of the Union of Soviet Composers.

Murad Kazhlaev is an active composer, writer and public figure, the work which deserves to be very popular in Russia and abroad. His work has been international prizes and performed in Austria, Germany, England, United States, Japan, Czechoslovakia, Turkey, Egypt, Bulgaria, Italy, Poland and CIS countries. Capable gifted pianist and conductor, Murad Kazhlaev spent nearly 20 years in the Yuri Silantyev Academic Grand Concert Orchestra as the artistic director and principal conductor, combining this work with teaching in the Rostov State Conservatory named after Sergei Rakhmaninov.

M. Kazhlaev has many concerts, promoting classical, contemporary, symphonic, pop-jazz music of Russia and the best examples of the works of composers abroad.

«Murad Kazhlaev — musician, whom I deeply respect for talent, leaving the roots in the native soil, but who writes beautifully and the orchestra songs of other nations, also in the American and French styles. I send fraternal greetings to him, full of the sympathies»
Nino Rota, composer, winner of the International Prize «Oscar», Professor (Italy, 1978.)