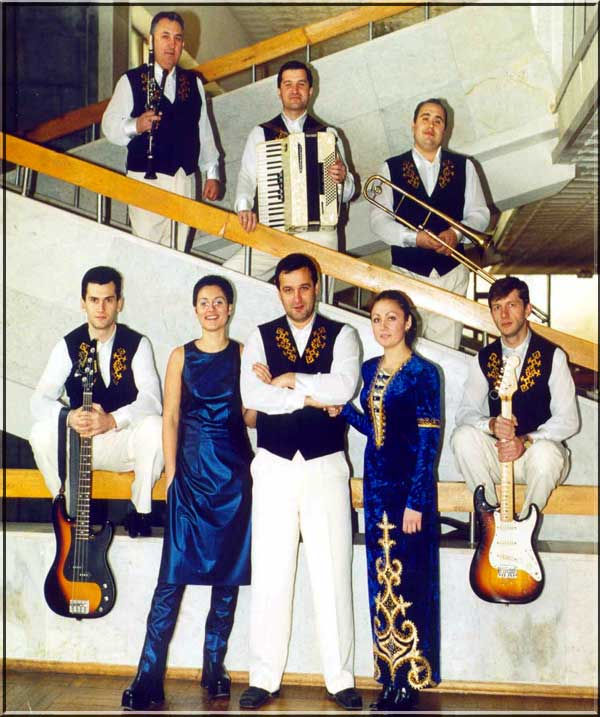 The «Oshten», established in 1996, has gradually turned into one of the most popular musical groups, not only in the Republic of Adygea, but also far beyond. The name of the «Oshten» from the Circassian language is translated as «stopped hail». Mountain Oshten one of the most beautiful mountains of the Greater Caucasus range.
The creative team formation is linked with the name of the pianist and composer — Aslan Gotov. Since 1996, Aslan Gotov is the artistic director and founder of pop group «Oshten». His creative energy, striking composition and performing talent, open the verge of performing ensemble, and to diversify his repertoire: jazz standards, rock and pop music, contemporary songs of Adyghe composers, popular Russian and foreign pop songs. Genre universality of ensemble, possessing a variety of performing styles, professionalism, have become the interpreter of the collective works of many composers of Adygea: U. Thabisimov, D. Natho, A. Nekhay, Yu Chirg, A. Khachak, N. Emizh, M. Hupov, A. Gotov. 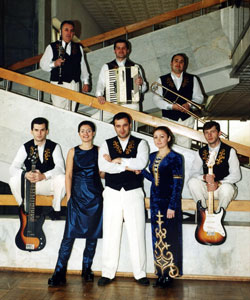